The tireless work carried out by Maltese women in the Second World War was monumental in their achievement of suffrage just two years after the end of the war, research behind a new docudrama series has found.

The research was conducted by Kim Dalli, who scripted the series about women who locally distinguished themselves in the war.

These include a spy who joined an underground resistance network in Tunisia to relay information to the British, a cabaret dancer turned war plotter, the legendary ‘Mary Man’ who pulled numerous civilians from under rubble, and another woman who save prisoners of war and Jews from death camps in Rome.

Called The Women of George Cross Island, the series is expected to start airing on GO Originals in October.

During her research for the series, as she leafed through documents at the National Archives and Times of Malta newspapers, Dalli noticed women’s cry for voting rights became increasingly louder by the end of the war.

In 1944, Josephine Burns De Bono, president of the Women of Malta Association, wrote that the right to vote and stand as parliamentary candidates was legally recognised in the UK and the US as a result of the excellence of women’s work during the first war.

She wrote: “Today, after nearly four and a half years of war, women in Malta are becoming conscious that they have earned the same civic recognition.”

They had to contend with much opposition centring around the idea that suffrage would disrupt family life and divert women from their “divinely appointed status” as mothers and wives.

“Women in Malta voted for the first time in 1947. Maltese women owe their voting rights to the intrepid, tireless work of our foremothers,” Dalli told Times of Malta. 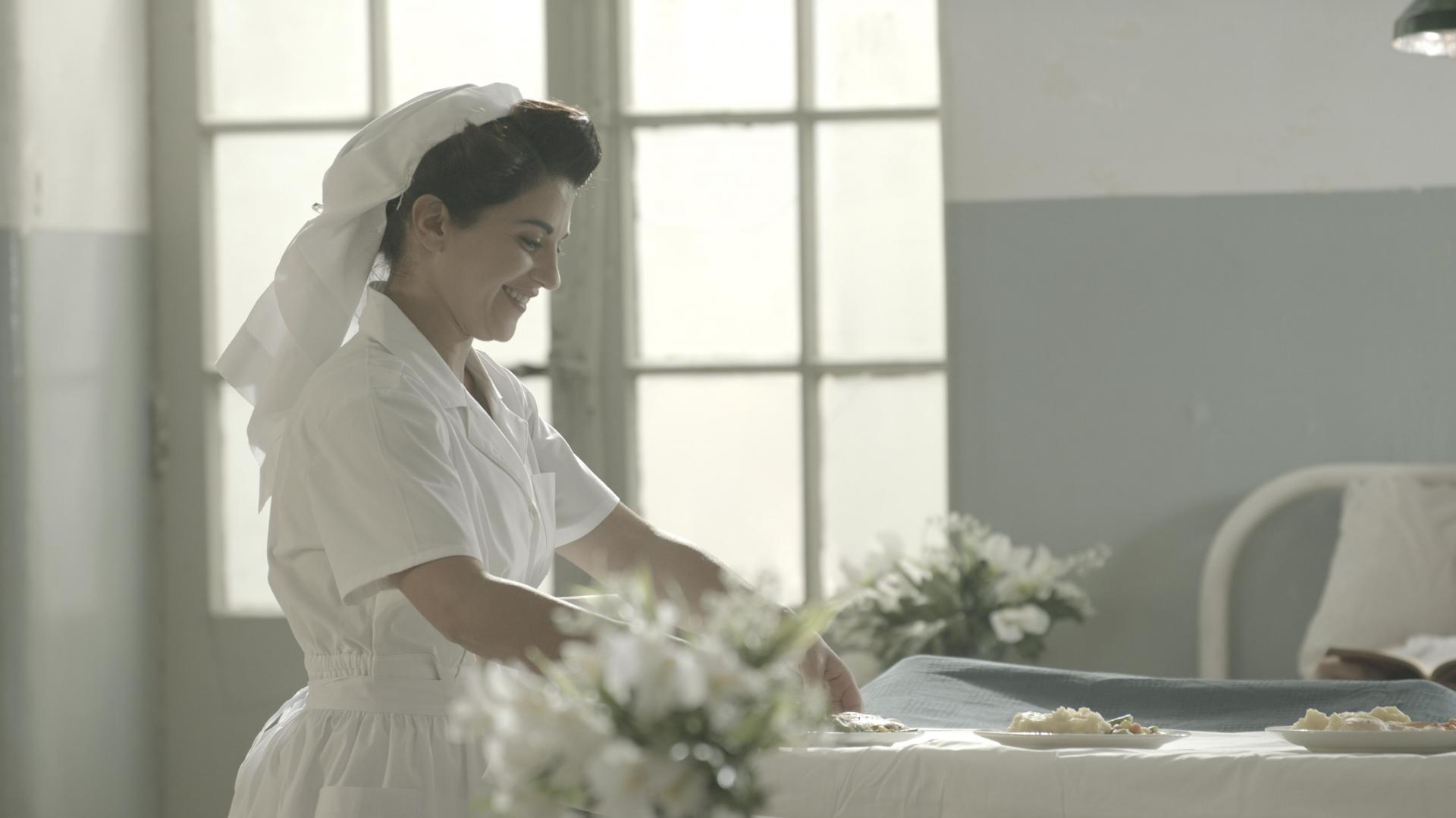 Carmela ‘Meme’ Cortis (portrayed by Stephanie Agius) – one of 12 to join the Voluntary Aid Detachment. She was known as the smiling nurse or smiler, as she cheered up wounded soldiers. Slide for more photos. 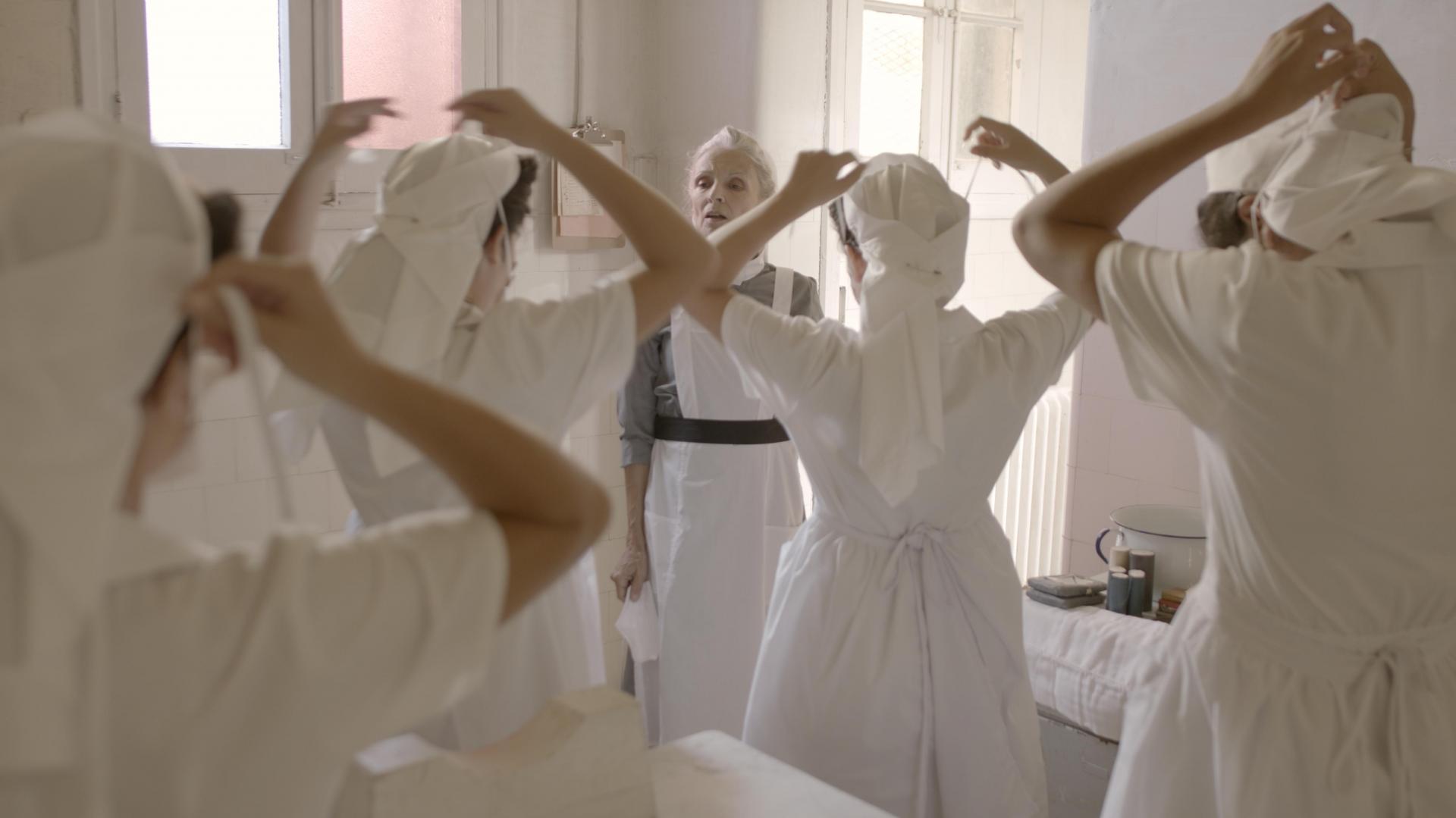 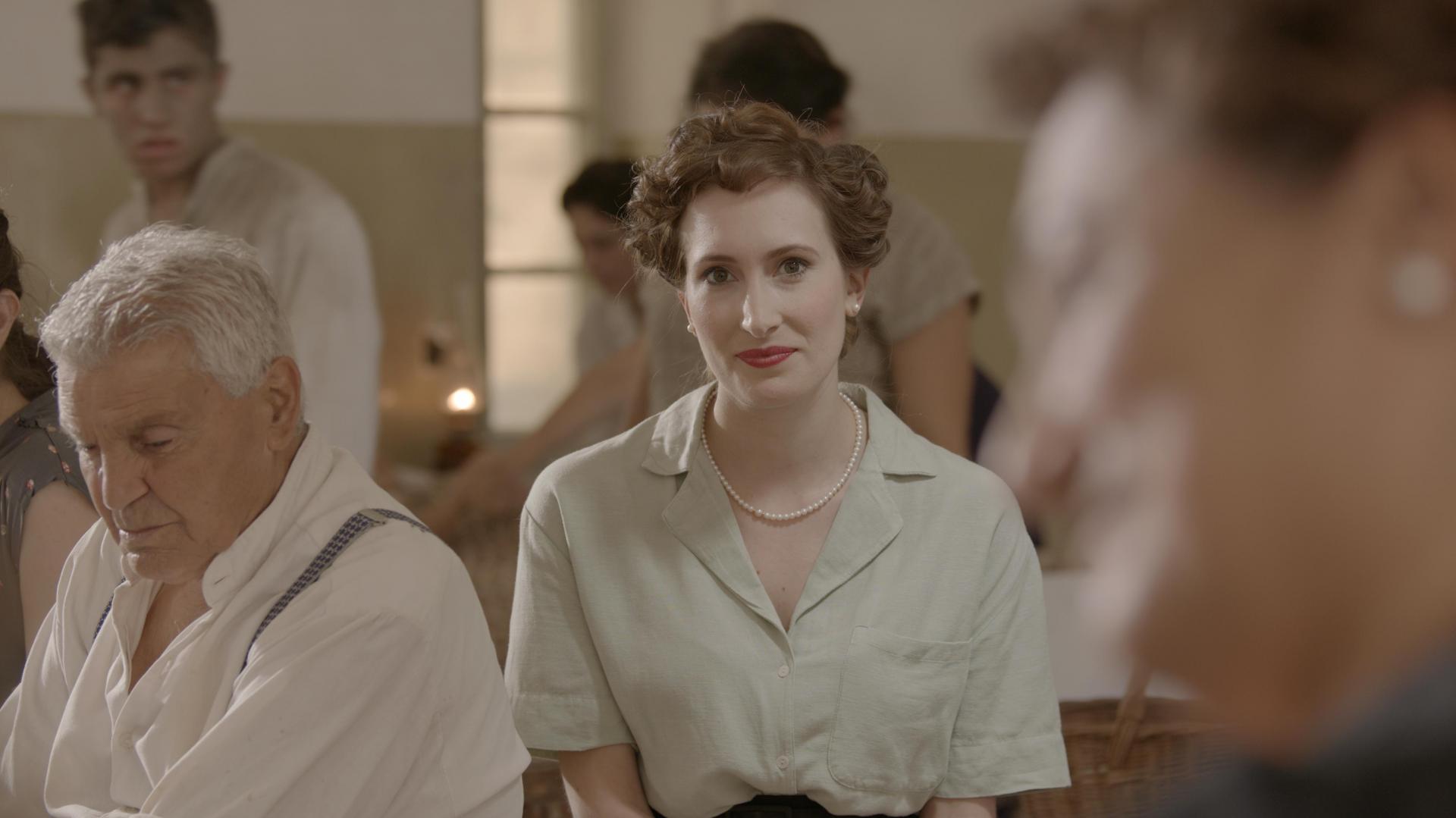 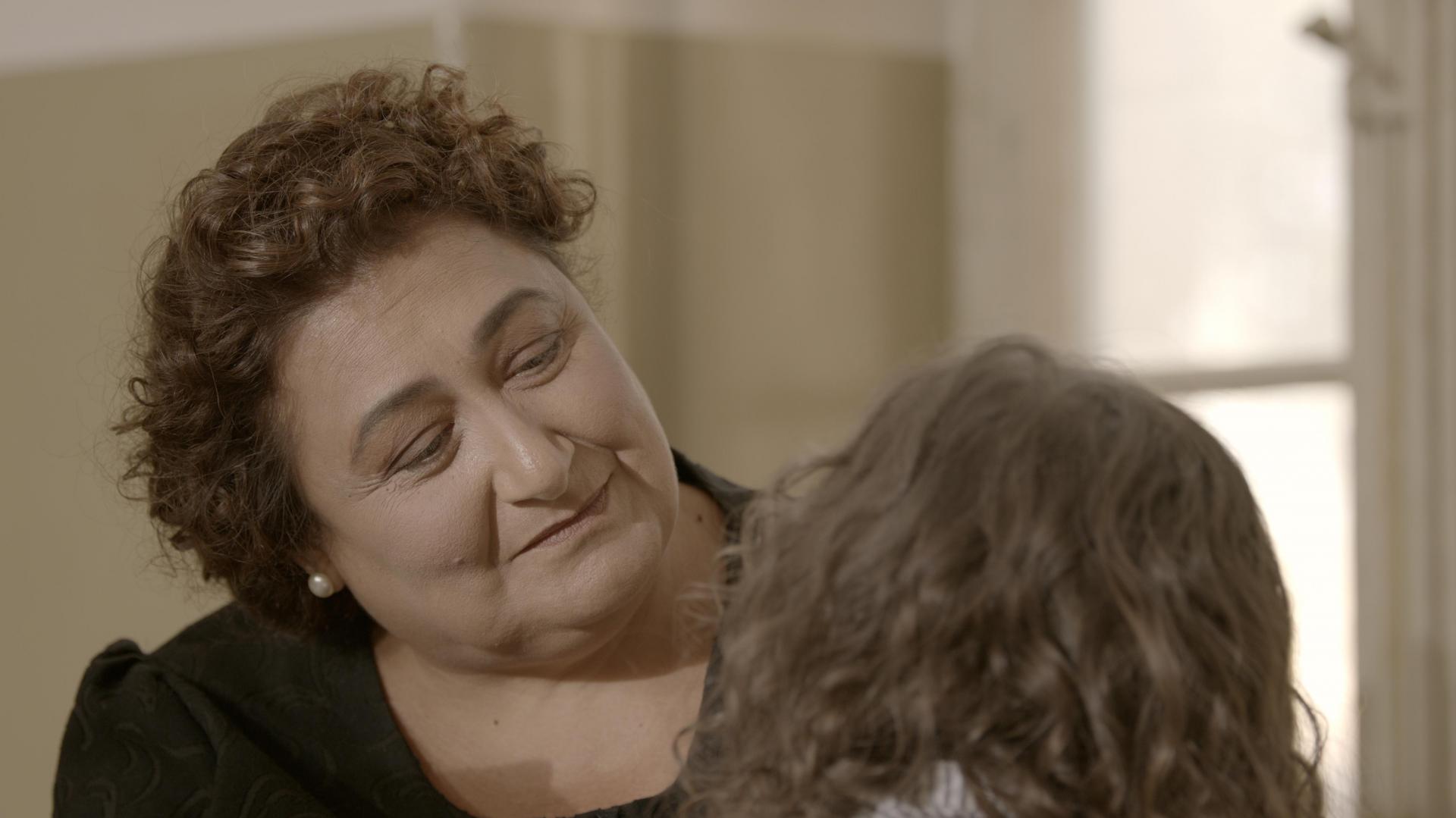 Dr Irene Condachi (portrayed by Pauline Fenech) was one of the first women to practice medicine in Malta, and singlehandedly inoculated all children, walking long distances from one school to another. Photo: Director of photography Isaac Fenech

During WWII, when men were conscripted into service, women played a new role in the affairs of their community, state and country, taking over practical, civic, educational and welfare work.

By 1943, women were actively involved in 50 trades and professions. Nurses were on duty during the most terrible times and under the most trying of conditions, while female teachers taught children, served in first aid posts and ran soup kitchens, which at the height of the blitz fed 220,000 people daily.

“Women worked as clerks, typists, cipherenes, plotters, air raid wardens, secretaries and so on, doing such work voluntarily without any sort of conscription.

“Malta’s telephone system and the Rediffusion were run by women operators. Women were also employed in the dockyard. The press was directed by notable women, who day and night saw to it that the voice of the people was never silenced either by blitz, blockade or bureaucracy,” Dalli added.

For director Justin Farrugia, who is also producing the series with Steven Dalli, the series is a symbolic tribute to women who despite their invaluable work at a time when the country was on its knees, failed to receive nationwide recognition.

Some of the shots, in fact, show the women in silhouette, suggestive of the bronze monuments erected for those who distinguished themselves in the past. 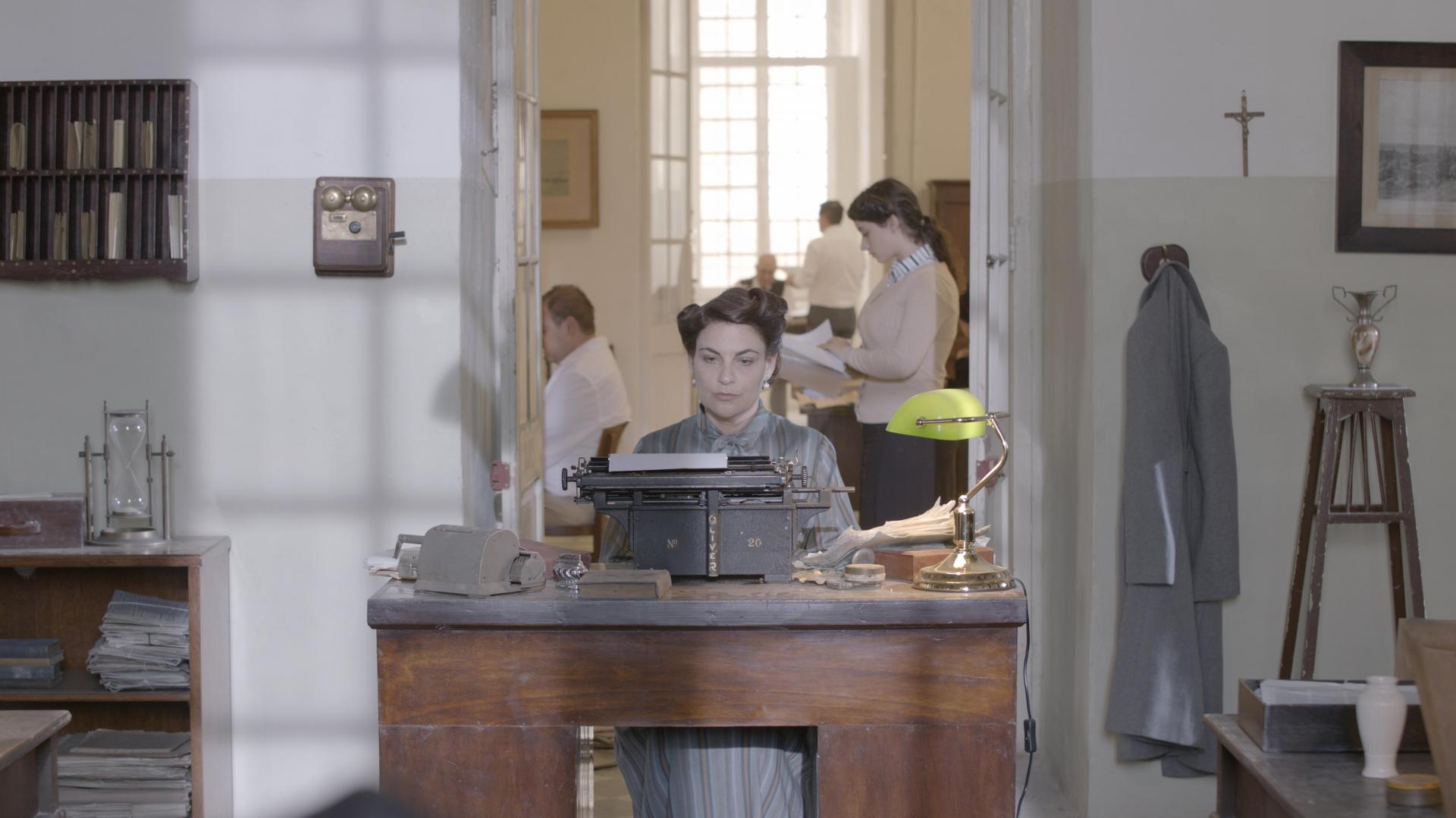 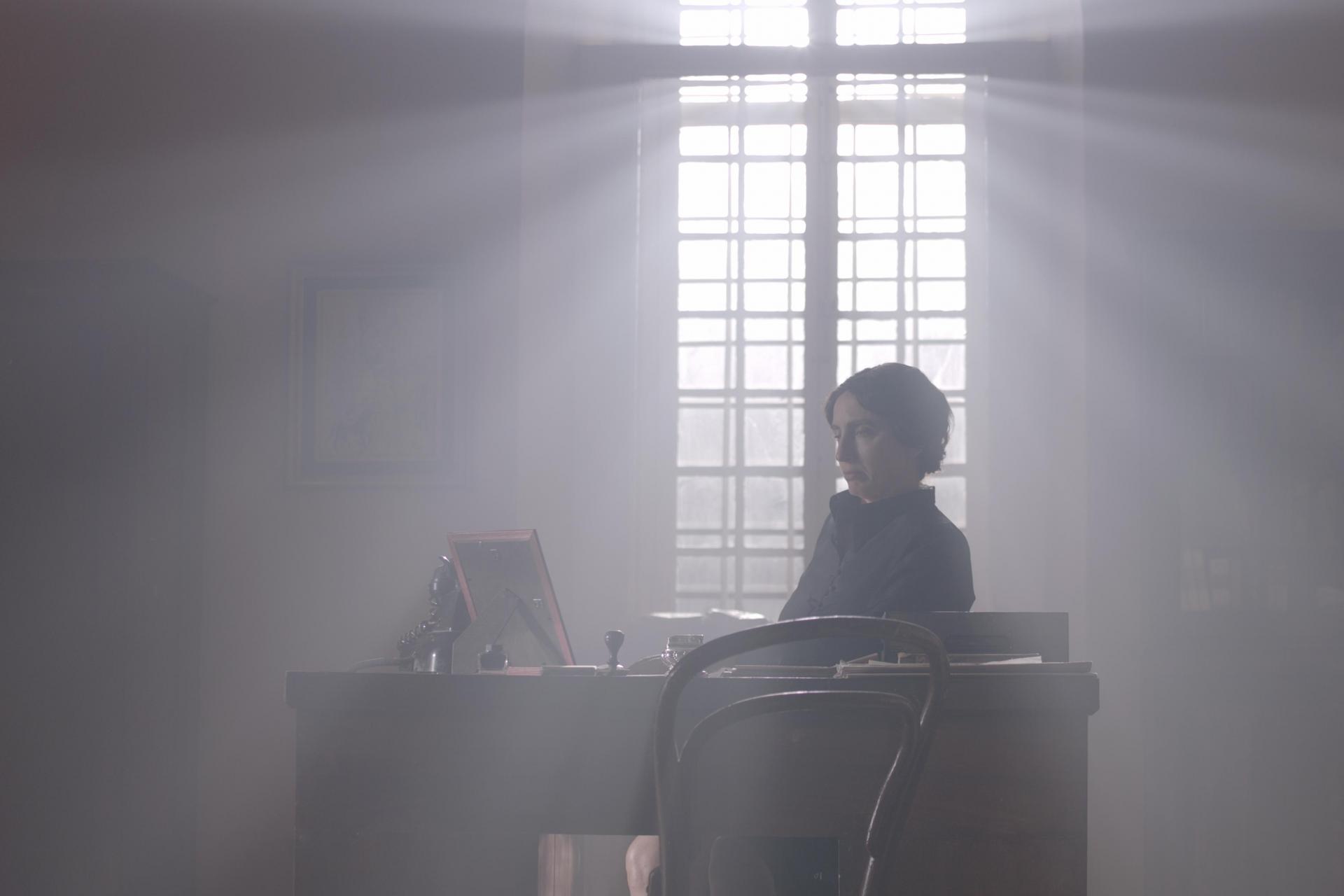 Mabel Strickland (portrayed by Isabelle Warrington) was bent on keeping people informed and morale uplifted. At considerable risk to herself she often ignored air raid sirens to ensure paper is out. Photo: Director Justin Farrugia and director of photography Isaac Fenech 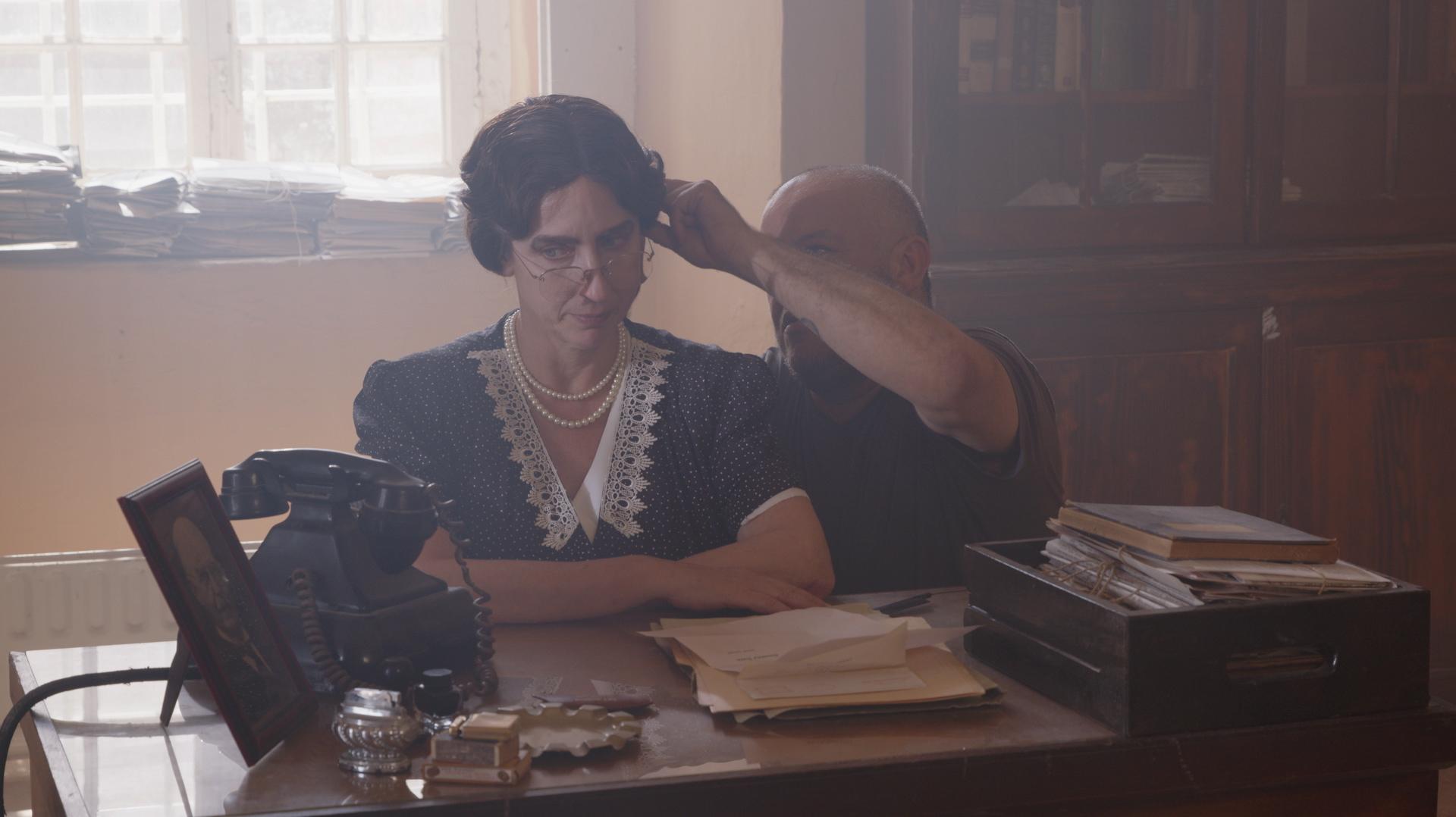 A shot from behind the scenes during the filming of The Women of George Cross Island, showing Isabelle Warrington getting her hair done by Conrad Catania, as she prepares to portray Mabel Strickland. Photo: Director Justin Farrugia and director of photography Isaac Fenech 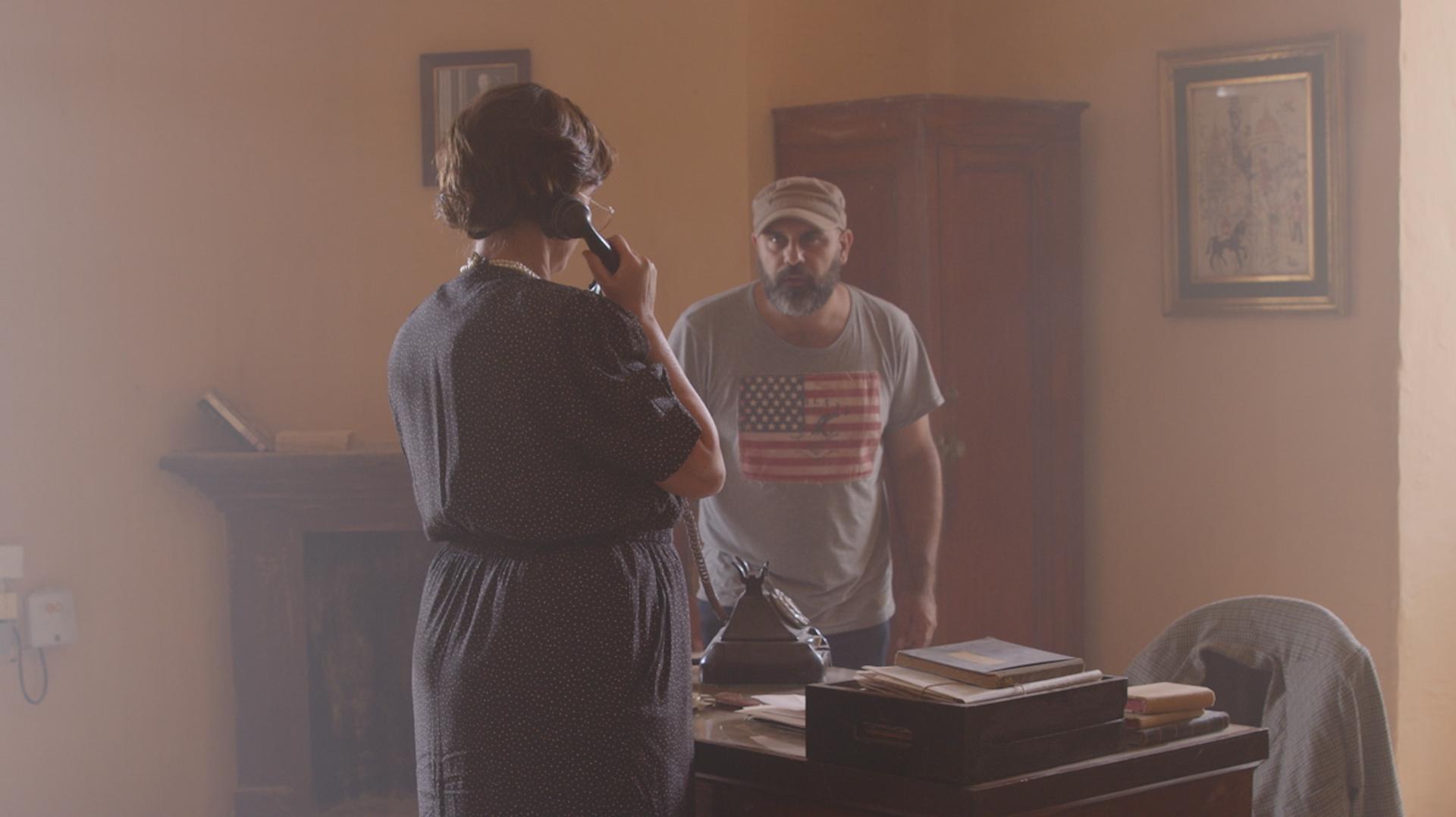 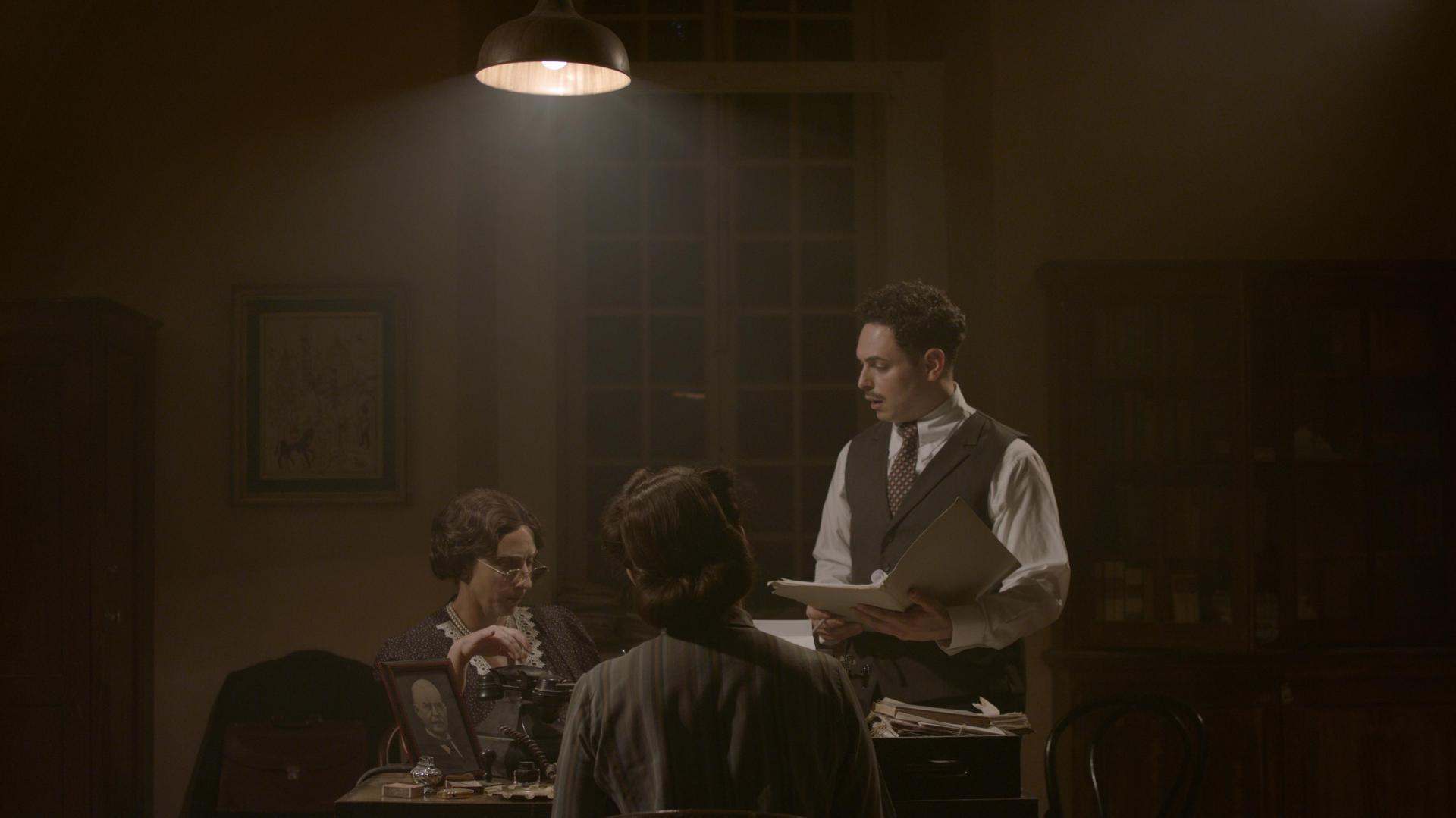 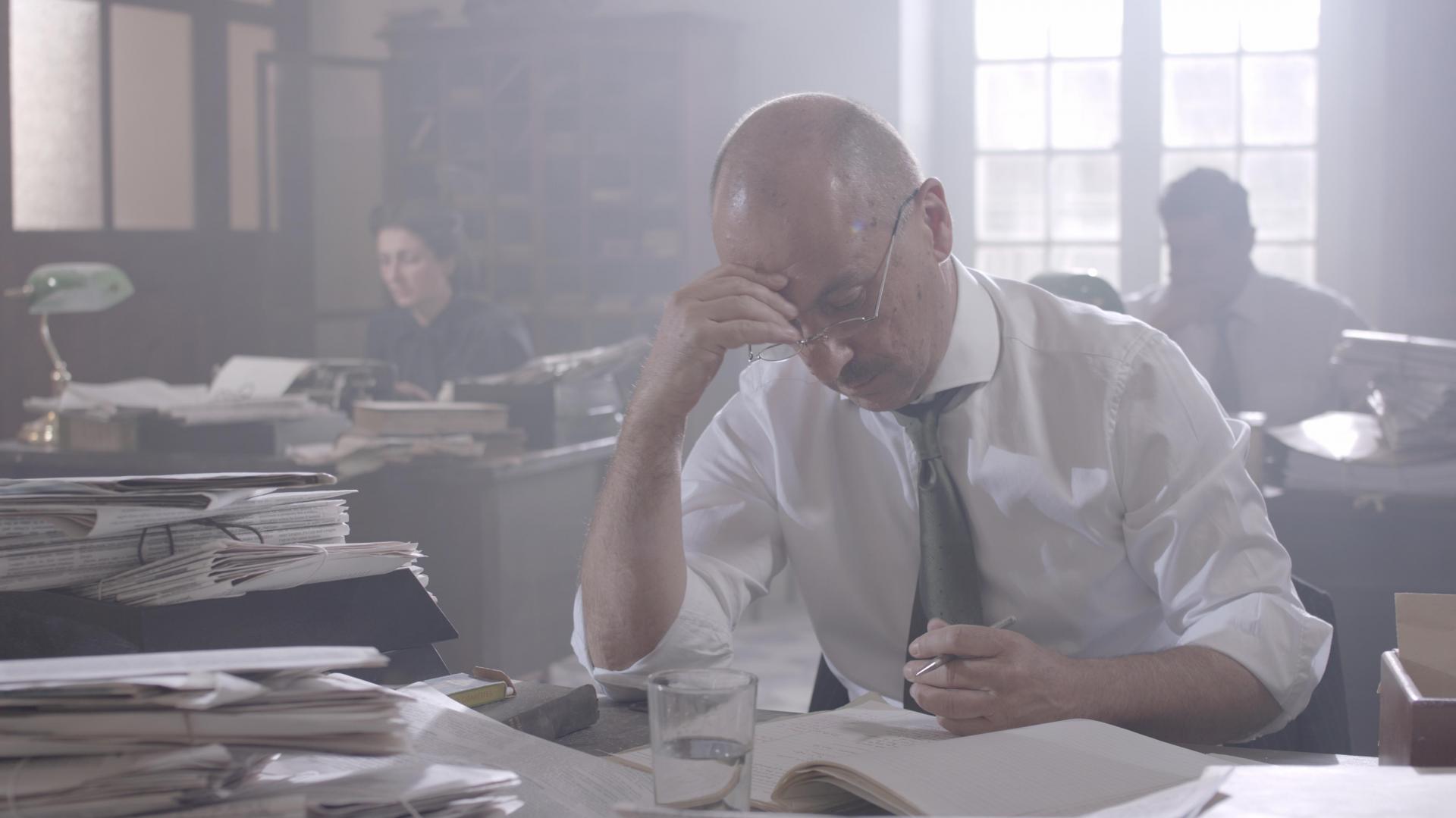 Rebuilding the Times of Malta offices of 80 years ago. Photo: Director Justin Farrugia and director of photography Isaac Fenech

May Agius was Mabel Strickland’s secretary and one of her most loyal employees. Photo: Director Justin Farrugia and director of photography Isaac Fenech

Increasingly difficult to recreate past scenes

The filming of the series was among the most challenging for Sharp Shoot Media Ltd, namely because of the need to find actors who look like the featured women and the recreation of 80-year-old scenes. 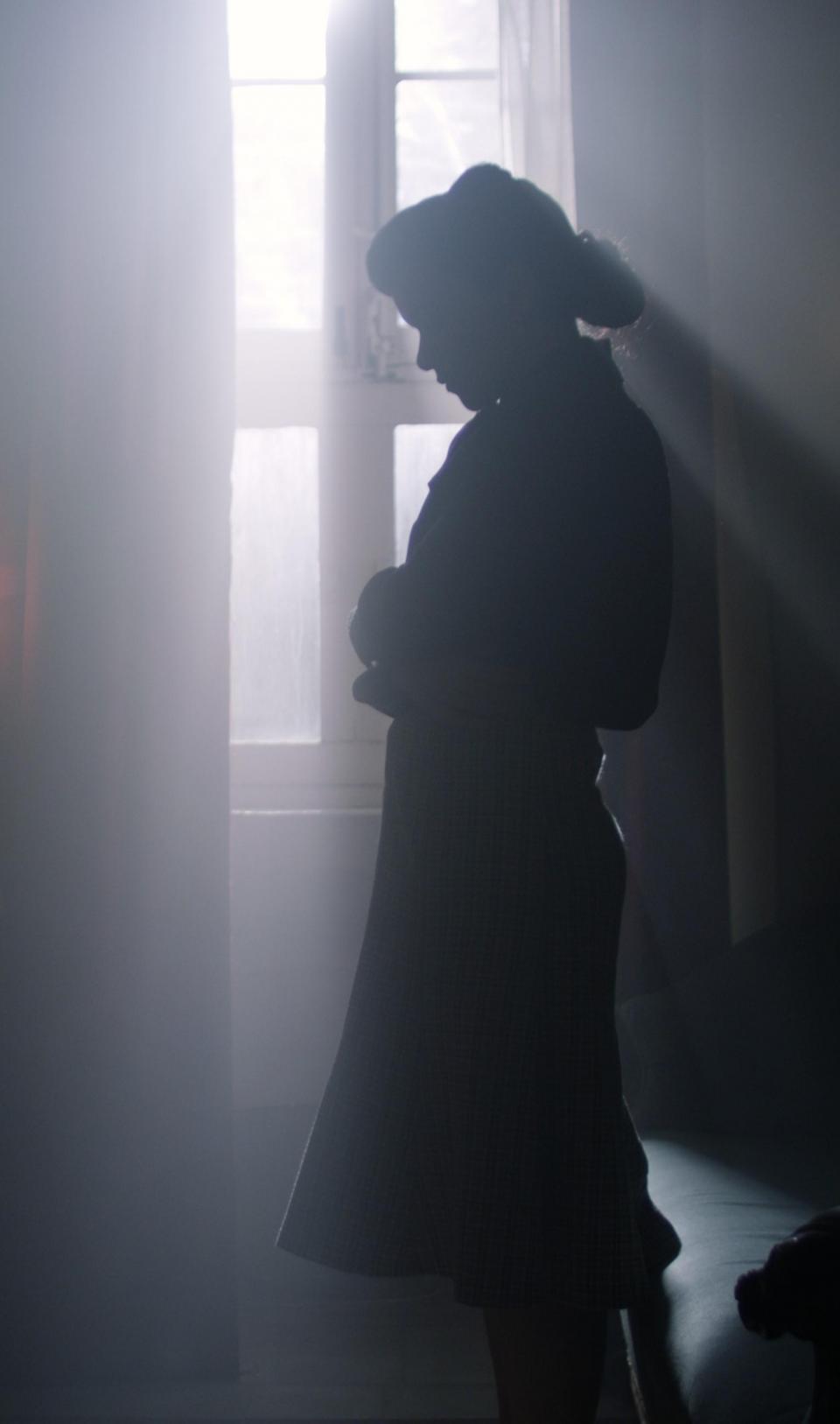 Symbolic ‘monumental’ shot of Henrietta Chevalier, who joined an underground operation in Rome aimed at saving war prisoners and Jews from death camps.

“This is our fifth production that is set in Malta of the past, and every time, the growing number of new buildings and restoration makes it more difficult to recreate decades-old scenes,” Farrugia said.

“One of the most challenging scenes was recreating the Royal Opera House.

“However, we managed to find a spot at Fort Ricasoli that allowed us to minimise, as much as possible, digital reconstruction, digitally transforming a chapel into the opera house.”

Several indoor scenes – including the Times of Malta newsroom, run by Mabel Strickland – were recreated in abandoned buildings with the help of Heritage Malta.

“At the end of the day we managed to overcome such challenges, but one difficulty we still encounter is that there is sadly no interest by public entities to distribute this docuseries – the first of its sort – as educational material.” 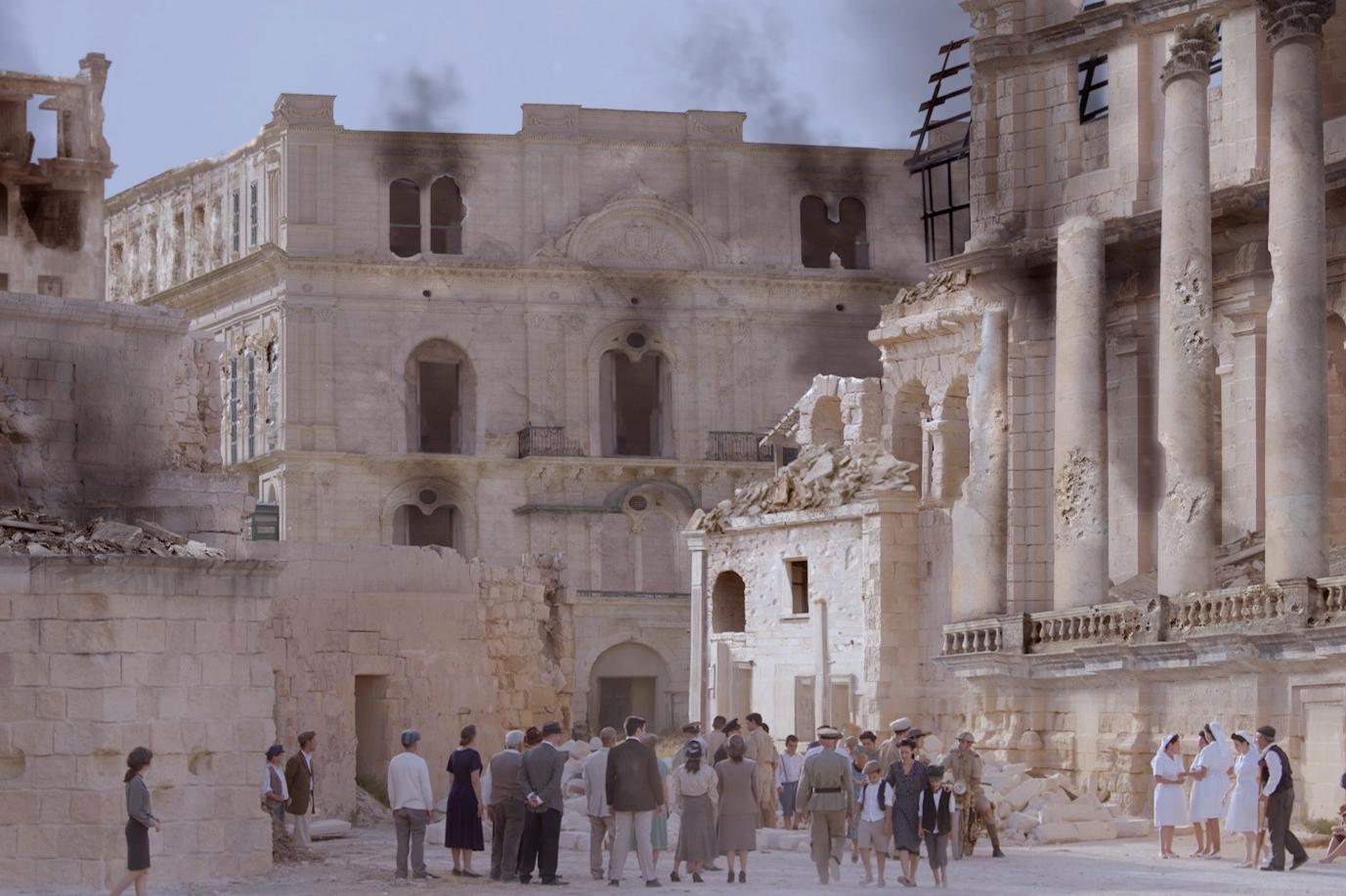 The Royal Opera House on screen. Slide to see the actual site at Fort Ricasoli. 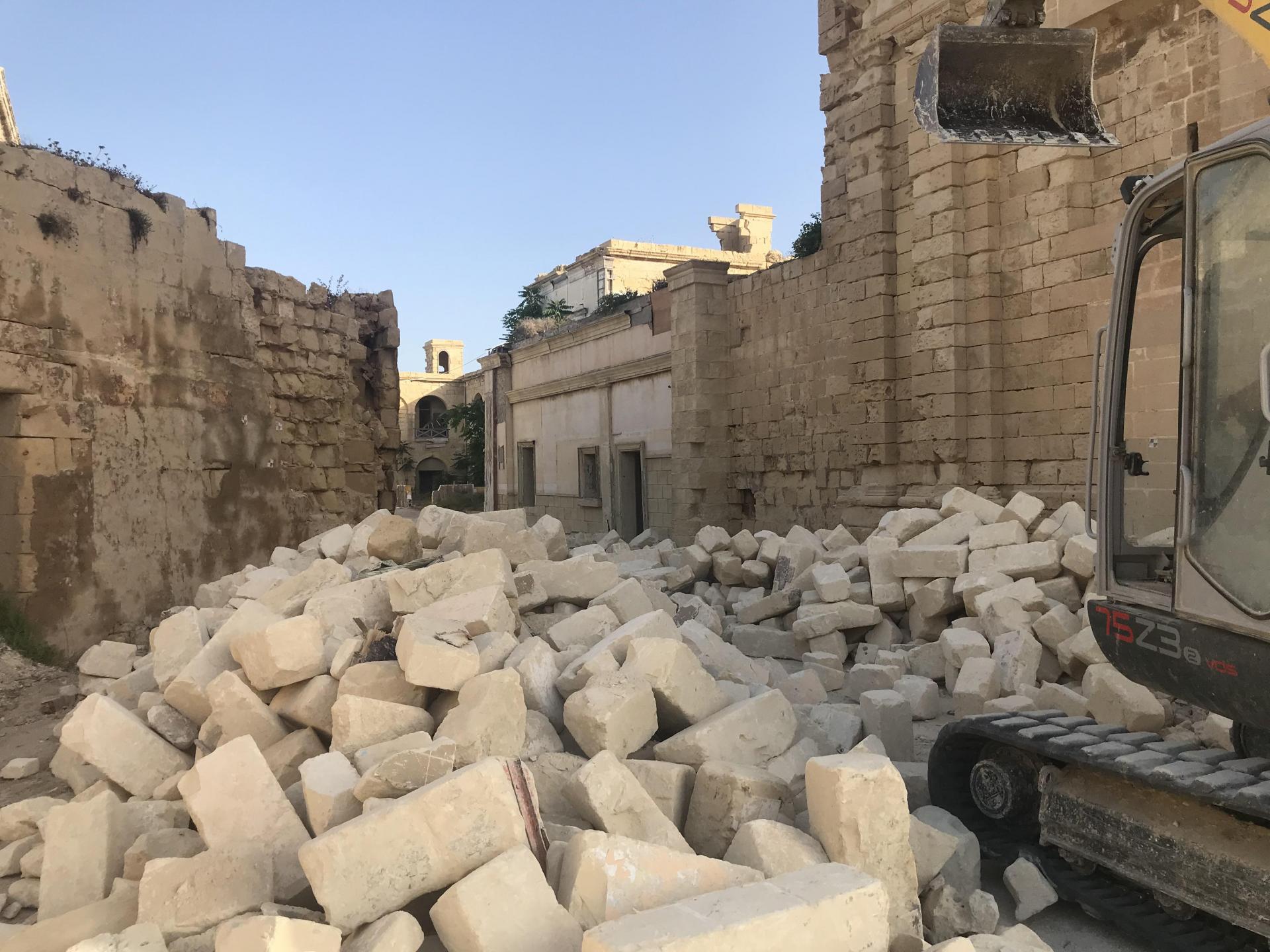 The series is supported by Kultura TV fund, Malta Arts Council, Screen Malta, the Malta Film Commission and GO, which is partially funding the production through its €1 million fund as part of its commitment to provide customers with added value. 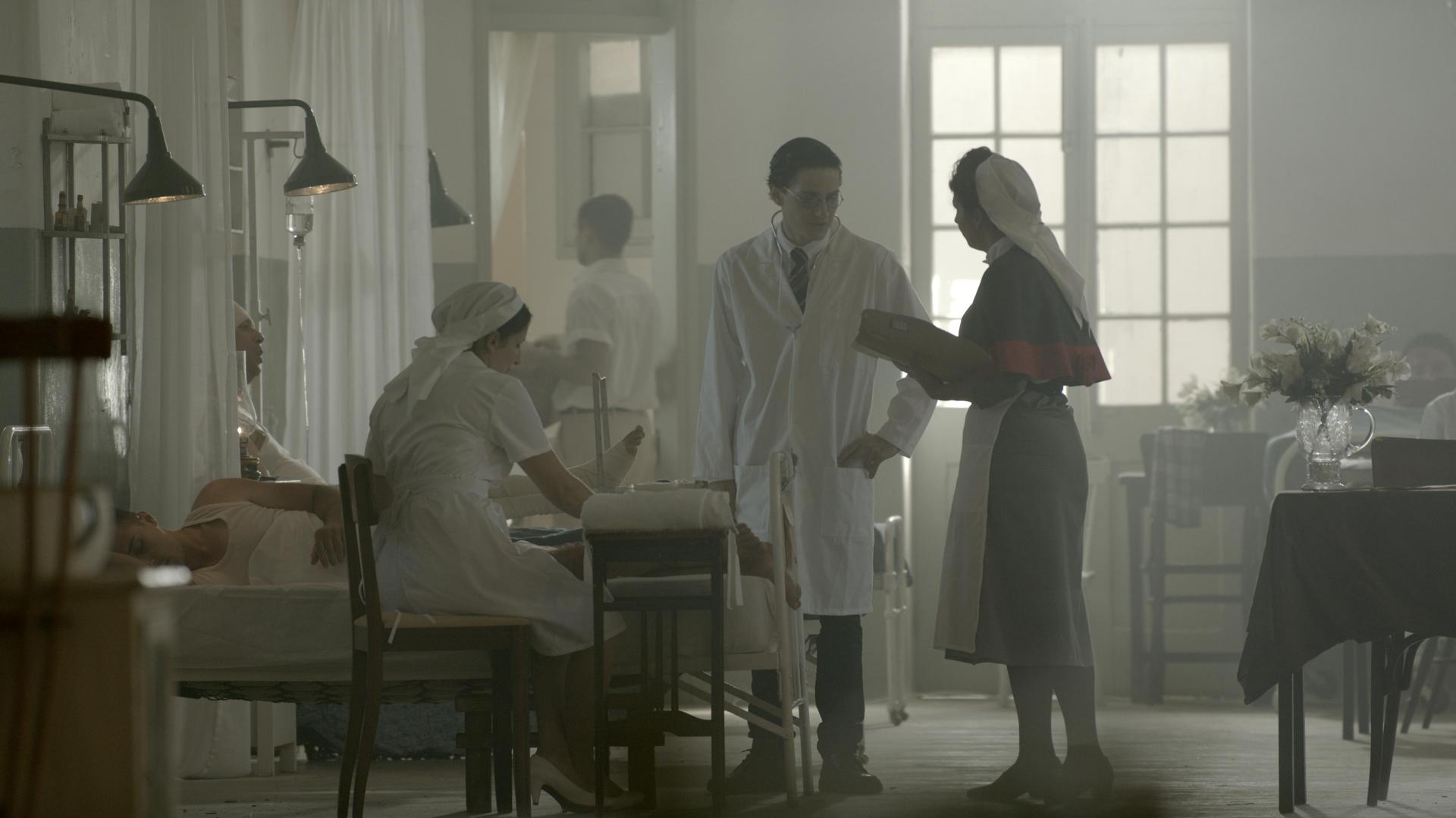 Slide to see the transformation of the Mtarfa Military Hospital.The hospital and barracks during the war were reorganised as the 90th General Hospital and built up to accommodate 1200 beds 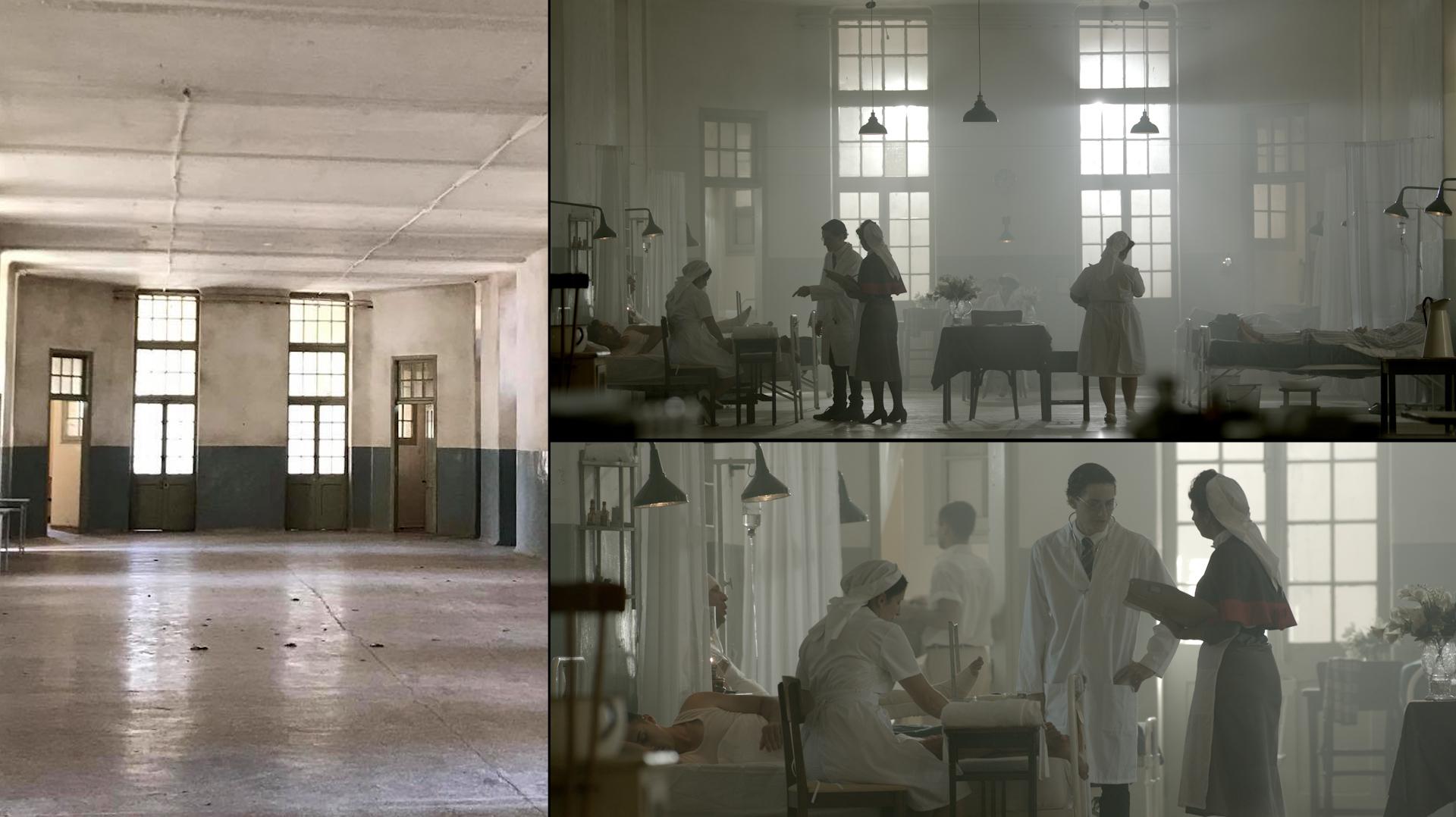 The rebuilding of the Mtarfa Military Hospital. Slide to see the transformation of an abandoned building. 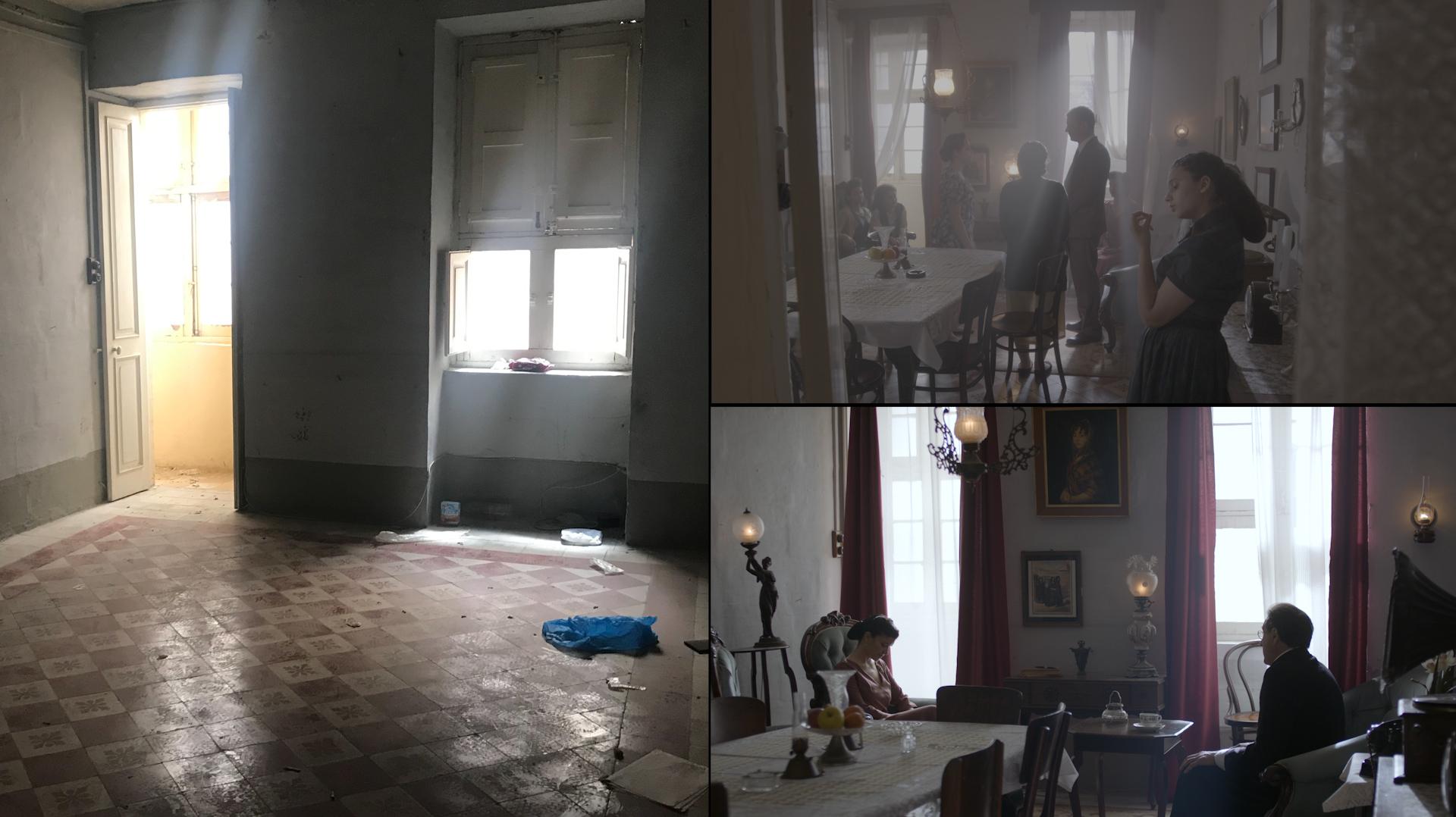 The rebuilding of Henrietta Chevalier apartment in Rome.

Independent journalism costs money. Support Times of Malta for the price of a coffee.

The truth about sell by dates

Oakland County community calendar July 17 and beyond – The Oakland Press

Oakland County community calendar July 17 and beyond – The Oakland Press

College entrepreneurs get their product stocked in Selfridges – FE News