The famous reality shows Shark Tank India hooked the entire nation to their TV screens with its unique concept of various entrepreneurs pitching their creative business ideas. As the show is gearing up for its second installment, one of the sharks aka judges on the show, Ashneer Grover addressed a crowd of students. Known for speaking his heart out and not mincing words, Grover was one of the few judges on Shark Tank India who criticized the pitchers a lot in the first season.

During the chat with young minds, Ashneer was asked to reveal his motivation behind doing the show. He answered it straightforwardly and said that he was encouraged to say a yes by his wife Madhuri Jain Grover, who enjoys glamour. So, in simple words, Ashneer confessed that he did Shark Tank India for fame. Moving ahead, he also claimed that his fellow judges might give different reasons for taking up the show, but they would all be lying because all of wanted to get famous.

He said in Hindi, “I don’t do drugs, I don’t drink, I don’t smoke. But fame has an intoxication. It gives you a high. And it’s something that, so far at least, I can manage, and I like. Lot’s of people will claim that they’re working for the betterment of the nation, and that’s all nonsense.”

Ashneer further added, “Even if you talk to all the sharks, they’ll make tall claims about different reasons why they did the show. I’ll tell you right now, all the sharks came on the show to get famous. Because they’re all educated, they’ve all started businesses, what is is there for self-actualisation? Fame, right? That’s what they all came for. Then say it! Why are you bringing the nation and entrepreneurship into it?” 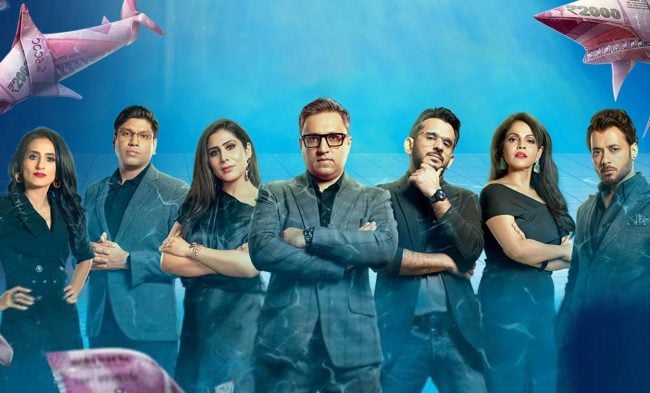 He also said there is nothing wrong in chasing fame because they all are doing it for the right reasons.“You’re not getting famous for the way you look, you’re getting famous because somewhere there is appreciation for what you’ve done.”

Let us tell you that previously many sharks from the show have stated they did the show to make people realise that entrepreneurship is a viable career option, especially for women. The season of the show saw seven business tycoons as judges- Ashneer Grover (former co-founder and managing director at Bharat Pe), Aman Gupta (co-founder and CMO at boAt), Anupam Mittal (founder of People Group which includes Shaadi.com), Ghazal Alagh (co-founder of MamaEarth), Namita Thapar (Executive Director at Emcure Pharmaceuticals), Vineeta Singh (CEO at Sugar Cosmetics) and Peyush Bansal (co-founder at Lenskart).