Lyle Lovett: Music among great players can be a conversation

2022 is turning out to be a good year for Lyle Lovett, not least because he is, to use a cowboy metaphor, back in the saddle.

“I’ve been out of work for two years,” he says archly. Normally, Lovett performs more than 100 concerts a year, regardless of whether he’s released new work. but the pandemic pinned him down at home in Houston, with his wife and their now four-year-old twins, in the house his grandfather built in 1911. Domesticity suits Lovett. “There was plenty to do every minute of every day. Absolutely no boredom!” He sounds like he means it; unselfconscious mentions of paternal tenderness bubbled up in our conversation from time to time.

Still, for a change of scenery and to keep himself plugged in creatively, Lovett organized 20 livestreams (some free, some pay-to-play), where he’d invite colleagues like John Hiatt, Shawn Colvin, Robert Earl Keen, Dwight Yoakam, and Marcus King. Sometimes he and his guest would get upward of a quarter-million live viewsnot bad for a guy who hadn’t released an album since 2012. That recording dry spell ended on May 13. 2022 with a new song assortment called 12th of June (mild boos to his label, Verve Records, for not choosing June 12 as the release date). In other news, Lovett’s bestselling album to date, 1992’s Joshua Judges Ruth, was rereleased in March as a Vinyl Me Please double-disc vinylmeplease.com/products/lyle-lovett-joshua-judges-ruth”>anniversary edition.

12th of June marks a return to the western-swing arrangements of 1989’s masterful Lyle Lovett and His Large Band and 2007’s buoyant It’s Not Big It’s Large. The paradox and joy of the Large Band, like that of other great swing ensembles, is that the performances manage to be both tight and loose. The tightness is in the groove-locking interplay between musicians at the top of their game; the looseness emerges in how the beat and the rhythm induce swaying and almost involuntary gyrations in listeners. 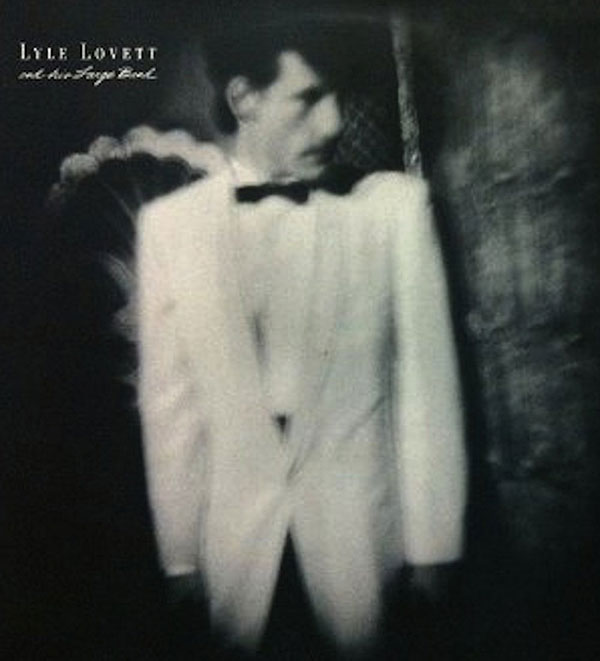 Four smoky (and smoking) jazz covers grace Lovett’s new album: “Gee Baby, Ain’t I Good to You” and “Straighten Up and Fly Right,” both immortalized by Nat King Cole; the bouncy Horace Silver instrumental “Cookin’ at the Continental”; and “Peel Me a Grape,” definitive versions of which were recorded by Anita O’Day and Blossom Dearie.

The slight oddness that’s always been part and parcel of Lovett’s style comes to the fore again on that last track. Although the song is written from the view of a spoiled kept woman, he sings it as he once did Tammy Wynette’s “Stand By Your Man.” Without a hint at genderbending, Lovett throws himself into the first-person female perspective straightforwardly and with conviction.

The seven originals on 12th of June include the whimsical shuffle “Pants Is Overrated,” which could become an anthem for the Zoom crowd the pandemic spawned. The highlight of the album is the title track, a drop-dead gorgeous love letter from an old man who tells his children that the day of their birth was the source of his greatest happiness.

On paper, it’s a sappy affair. But in the hands of a master musician and storyteller, the three chords, spartan lyrics, and restrained delivery are devastating. It’s perhaps the most quietly emotional Lyle Lovett song since either 1989’s “Nobody Knows Me” or 1992’s “She’s Already Made Up Her Mind.” All three are introspective masterpieces of verbal and musical economy.

No stern taskmaster
On this Monday morning, the four-time Grammy winner is calling me from his tour bus in Fort Lauderdale, two months before the release of the new album and halfway into a postpandemic (footnote 1) string of concerts that’s taking him through 10 Southern states. I’d half-expected him to be on the monosyllabic side, but Lovett is soon free-forming drawn-out stories and observations with little encouragement and apparent enthusiasm. We’re scheduled to talk for an hour and a half, but he parries two polite interruptions from a public relations person who reminds us that time’s up, and we ultimately chat for three hours.

He tells me he’s playing with a four-piece acoustic ensemble that includes old hands like bassist Viktor Krauss and guitarist and mandolinist Jeff White. The tour after that will take him around the country with the Large Band, which means taking on as many as 15 musicians, including a horn section and backing singers. Making the finances work is a big part of the equation.

“The Large Band is kind of a summer-time configuration,” Lovett says. “Other times, like this tour we’re doing right now with the acoustic group, our expenses are less, and that enables us to play in markets that don’t necessarily compete with the markets we play with the Large Band. We can get off the main highway a little bit, you knowperform in smaller venues. Artists sometimes talk about their creative ideas without regard to the economic realities of being able to execute them. I try to avoid that. In terms of touring, it’s based on having it all come out in the end, and my being able to pay myself as well.”

Lovett’s featured female vocalist since 1984, soul-and-blues belter Francine Reed, will turn 75 this summer. Eyeing retirement, she may not join the Large Band for the full tour. “I’ve been trying to figure out what we’re going to do without Francine, how we will represent the album without her,” says Lovett. “I may use a vocal group instead. I’m not inclined to try to find a female singer to stand in for Francine and do Francine parts. Because there’s only one Francine.”

Joining the large ensemble for sure are Lovett’s pivotal organist and pianist, Jim Cox, and the great Russ Kunkel on drums.

Lovett laughs when I mention the uncompromising discipline that Frank Zappa and James Brown famously demanded of their band members. The latter was even reputed to demand fines from players who made a mistake. Lovett is not that kind of taskmaster.

“The direction of the band does start with me because I make up the songs,” he allows. “But the creative environment I enjoy working in is one where collaboration is encouraged. When we present songs live, I enjoy referencing the arrangements that exist on the albums, but I don’t insist that musicians play note for note what’s on a recording. I like to pay homage to a recorded arrangement, but I also like hearing spontaneity in playing live. Music among great players can be a conversation. Standing in the middle of the stage and listening to two great minds think and bounce [ideas] off each other is exciting. It makes the music alive every night. When any of my guys do make a mistake, it’s kind of delightful, because then we get to tease them about it after the show.”

Lovett is equally adept at extracting top skills from his studio collaborators, especially longtime producer and engineer Chuck Ainlay, who helmed 12th of June, and to whom I feel indebted for 1989’s sonically astounding Lyle Lovett and His Large Band. Though Lovett doesn’t consider himself an audiophile, he appreciates good sound in concert venues and at home. He came by his home stereo rig in the late ’80s, after MCA Nashville had arranged for Pioneer Electronics to sponsor a couple of Lovett’s tours. “They offered me a stereo and let me select from among their nicest equipment. So I picked a Pioneer Elite receiver and I also managed to get my hands on a pair of Tannoy studio monitors that Doug Sax of the Mastering Lab in L.A. had modded. Those were the speakers that Joshua Judges Ruth was mixed on. That’s been my reference system ever since.”