The scandal surrounding the appointment of John Barilaro to a New York trade role has dragged in three high-flying female executives and destroyed a friendship between two of them.

The public servant in charge of hiring for the job, Investment NSW executive Amy Brown, told a parliamentary inquiry looking into the recruitment process on Wednesday that the experience had been a ‘confusing’ and ‘disheartening’ one. 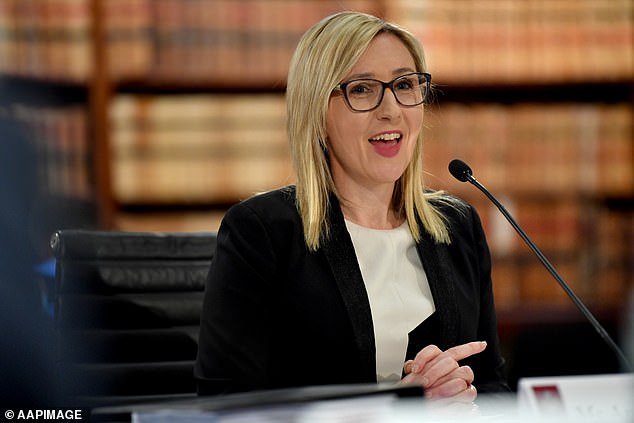 Both lost out to former NSW deputy premier Mr Barilaro for the New York role even after Ms West received a text, complete with champagne and Statue of Liberty emojis, from Ms Brown that she had job before seeing it ripped away in 2021.

The job was readvertised this year and Ms Cole was the preferred candidate after interviews but failed to impress trade minister Stuart Ayres after being given just 12 minutes to chat with him over video link.

The job eventually went to Mr Barilaro, who signed a contact in June but stepped down last month after public outcry.

Ms Brown detailed to the inquiry on Wednesday how the hopes of the two business women were dashed.

Ms Brown told the inquiry that after the second set of candidates were interviewed in March she told Mr Ayres there were two standout candidates – Ms Cole and Mr Barilaro.

‘I actually said to the minister: there are two candidates who both performed really well at the interview, they have very different offerings in terms of their characteristics and experience and ability to do the job,’ Ms Brown told the inquiry. 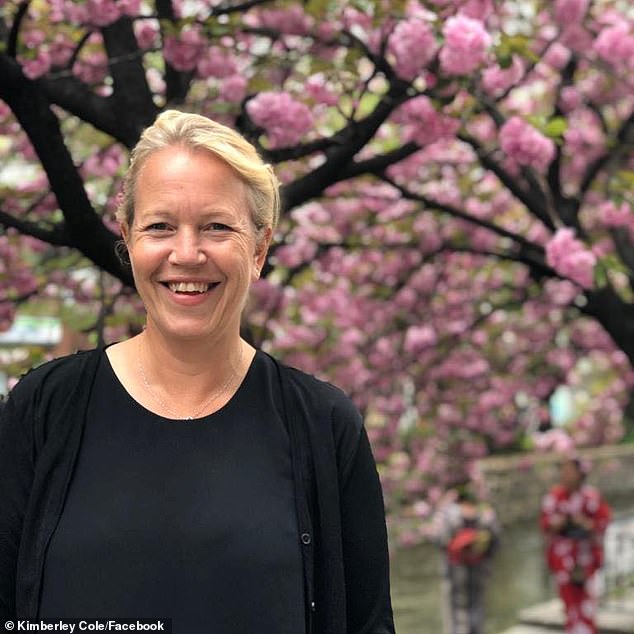 Ms Brown said there was a preference to hire a women as other trade commissioner roles had all gone to men.

However, she worried Ms Cole might not be able to mix well with politicians.

To prove herself, Ms Cole was allowed just a 12-minute Microsoft Teams meeting with Mr Ayres.

Ms Brown defended the interview method, saying she had often briefed ministers using Teams and ‘you don’t have a lot of time with ministers’. 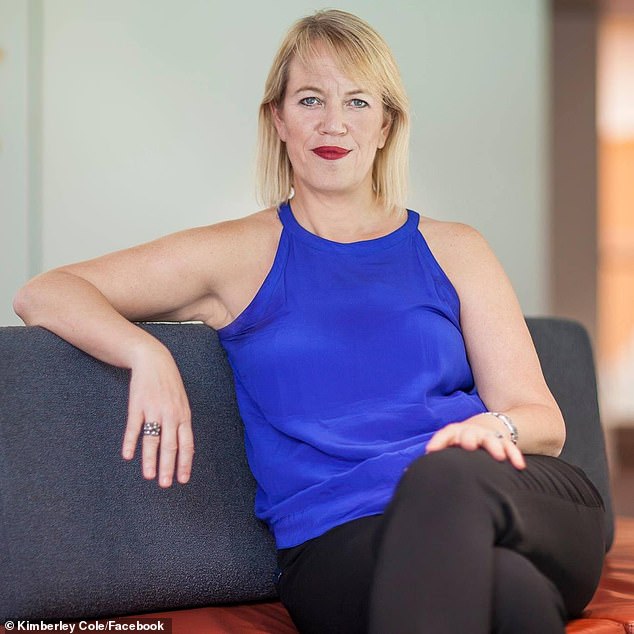 ‘I think she was given a good opportunity to pitch herself’ Ms Brown said.

During her testimony, Ms Brown directly contradicted the claim by Mr Ayres that he kept at ‘arm’s length’ from the recruitment process.

‘In my view, he (Mr Ayres) was not arm’s length from the process, there were multiple intersections throughout,’ she said.

‘A lot of it was actually initiated by me, because I felt the need that I had to keep checking, partly because of this grey area that we were in around public service or ministerial (appointments).

‘Broadly speaking, I wanted to make sure he was comfortable.’ 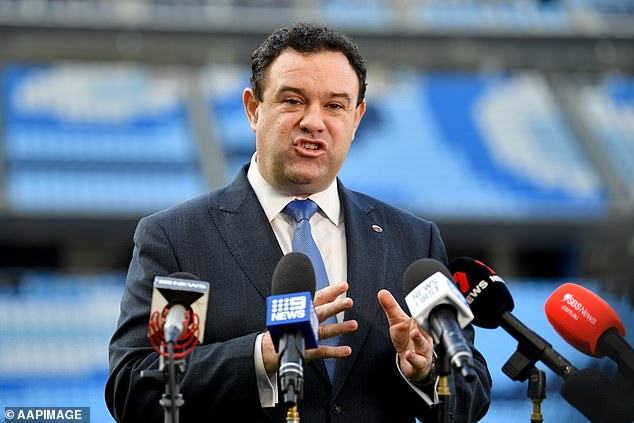 Ms Brown admitted to being nervous about her eventual selection of Mr Barilaro.

‘I was nervous about it because he had some history with the NSW government that would make it difficult to take up the role without media and public controversy,’ she said.

Despite sending Ms West the text congratulating her on getting the job in August 2021, Ms Brown was adamant that the deal was not sealed.

‘I want to reiterate my previous evidence that, by the end of the first recruitment process, no suitable candidate had been found,’ Ms Brown told the inquiry.

‘A number of factors had changed that resulted in both Ms West and the other candidate being determined by me alone to be no longer suitable.’ 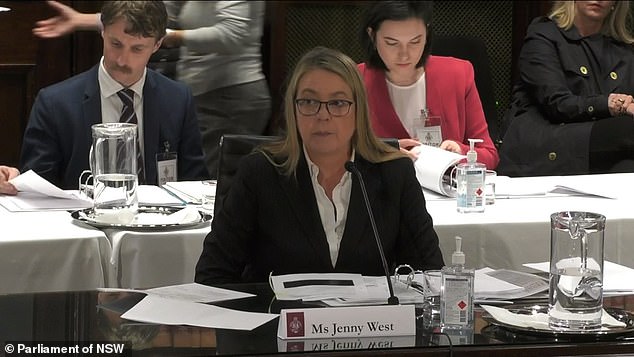 The first round of recruitment was overseen by Ms West up until she put in her own application for the job, which was after the official closing date.

Ms Brown accepted the application despite admitting that Ms West would have a head start due to being involved in drafting the job descriptions and seeing the other applications.

Ms Brown said the choice of Ms West in 2021 as preferred candidate had prompted a ‘flurry from the deputy premier’s office’, which was Mr Barilaro’s office at the time, which led her being told the job would become a political appointment.

‘I got the impressions the ministers weren’t overly impressed I had appointed a public servant in the role, Ms Brown said.

‘I began to be made aware of serious performance issues that would likely result in a need to have her performance managed [and it would be] unwise to appoint her to an overseas role,’ Ms Brown said.

In previous evidence before the inquiry Ms Brown said concerns were raised about Ms West often being absent during working hours, taking work trips without meetings planned in her diary and embellishing her CV.

In her evidence to the inquiry last month Ms West strongly denied that any of those concerns had been raised with her.

In September, Ms Brown broke the news to Ms West that her appointment to New York had been put on hold and also informed her that the job she held at the time would be abolished as part of a restructure.

During an October ‘walking meeting’ on Sydney’s Balmoral Beach, she told Ms West the job offer had been rescinded.

During these conversations Ms West said Ms Brown told her the US trade job was to be ‘a present for someone’.

Ms Brown strongly denied this claim and said she was disappointed to see the conversation had been noted down and sent to lawyers.

‘I would not have used the word ‘present’. (It) is not a phrase I would have used,’ Brown told the inquiry. 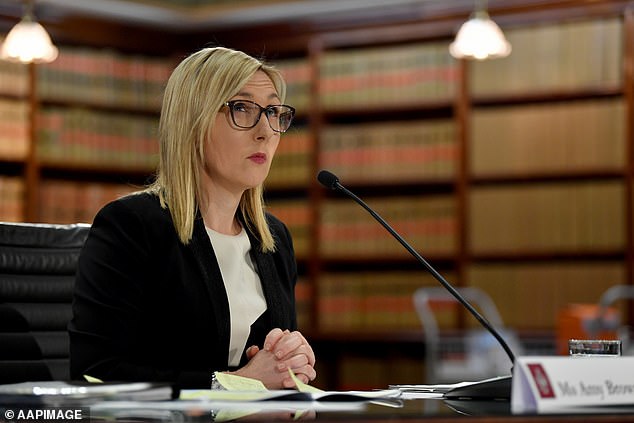 ‘I also have a particular taste in my mouth around the fact that she [took] file notes [of] personal conversations and sent it to lawyers that I didn’t know she engaged.

‘However, it wouldn’t be surprising to me that people write down what they want to hear.’

Ms Brown said what she told Ms West as a ‘friend’ was that the government’s indication the job was going to a political appointment had undone all the recruitment work up to that date.

‘I think it’s fair to say that me and my close colleagues were quite disillusioned by the conversion to ministerial appointments,’ Ms Brown said.

‘We’d done so much hard work to get the international network rolled out. It was kind of undoing our work and perhaps we saw this as not having faith in our decision-making. 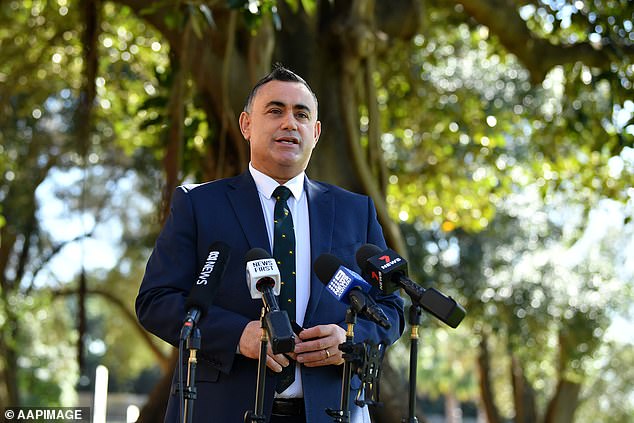 Mr Barilaro, who was then-NSW trade minister, intervened to change the process for hiring the state’s trade ambassador to the US and eventually claimed the job himself

‘I began to be made aware of serious performance issues that would likely result in a need to have her performance managed [and it would be] unwise to appoint her to an overseas role.’.

Ms Brown said that, although she had been friends with Ms West, the relationship deteriorated in following months.

‘We were only communicating through lawyers so it was distant and fraught,’ she said.

Ms Brown also said it was customary for the responsible minister to give their opinions on senior executive roles, such as the trade commissioner positions.

‘Any conversations I had with the Minister were therefore, to a degree, influential on my decision. But in my view, it did not amount to undue influence because at all times, I felt that the decision was mine, ultimately mine to make,’ she said.

She said Mr Ayres had also mentioned at one point that Mr Barilaro would be a strong candidate.

Ms Brown admitted that ministerial conversations played a role in her thinking for the high profile role, especially as it was to flagged as being a political appointment in the future and this made it a confusing process.

‘It was even a struggle for me to get straight in my head,’ she said.

However, she insisted she made the final call.

‘Any conversations I had with minister were, therefore, to a degree influential on my decision,’ she said.

‘But in my view, it did not amount to undue influence because at all times, I felt that the decision was mine, ultimately mine to make.’

Mr Barilaro will give evidence to the inquiry on Monday.