female leadership (or lack of it) in Australian opera

The statistics relating to the number of women employed in leadership roles in opera in Australia are “risible”, says Lindy Hume in a new mini-documentary called Top Job by Australian soprano, director and filmmaker Miriam Gordon-Stewart.

“It’s so important that Opera Australia has two women at the helm because it’s in such a terrible state of distress…. and it needs someone who can nurture it back to life,” argues Deborah Cheetham, a Yorta Yorta woman, singer, composer, educator and Artistic Director of Short Black Opera.

Running a taut 25 minutes, Top Job includes interviews with six trailblazers: Cheetham, Hume, Simone Young, Ali McGregor, Caitlin Vincent – a University of Melbourne academic, who wrote a feature called Diva or Canon Fodder? about opera’s gendered violence for the March 2022 issue of Limelight – and Allan, who took over the role of CEO at Opera Australia in November 2021.

Answering questions from Gordon-Stewart, who is now based in the US where she is Artistic Director of Charlottesville’s innovative company Victory Hall Opera, they discuss the structures, inherent bias, cultural norms, workplace conditions, and the “genderisation of language” used in marketing to examine why women are represented in such low numbers in leadership roles in Australian opera.

When Simone Young was appointed as Music Director of Opera Australia in 2001, McGregor recalls feeling that it was “history-making”, as were Lindy Hume’s appointments. 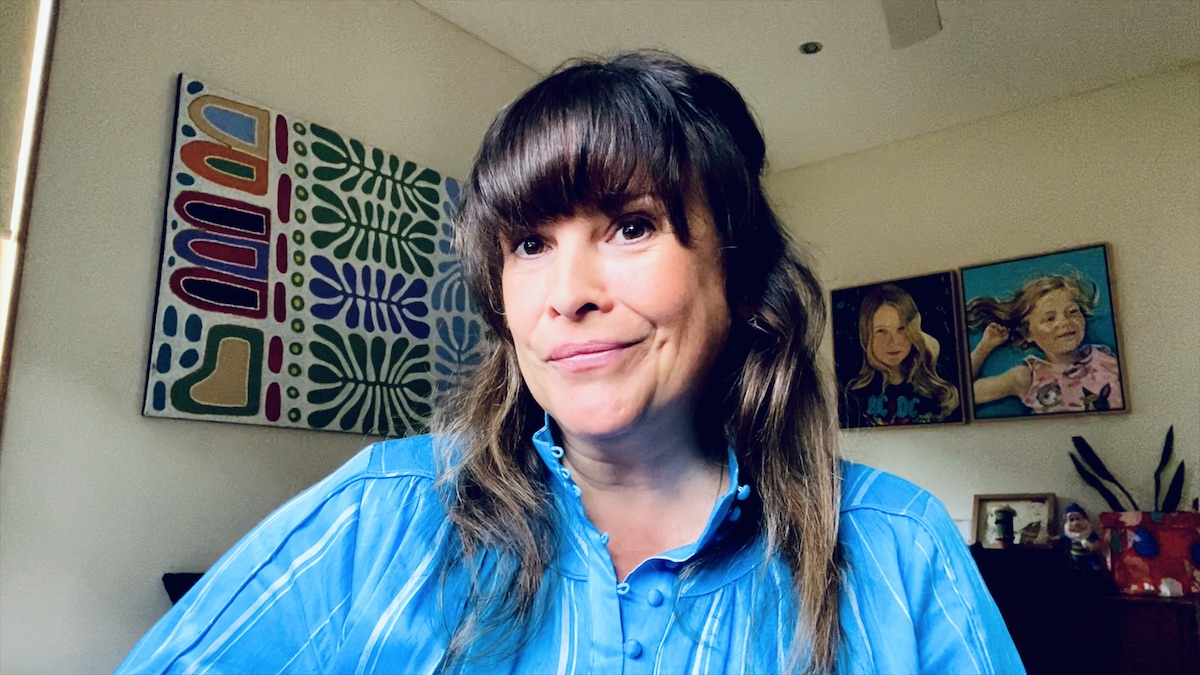 Ali McGregor in a still from the documentary Top Job.

Top Job is Gordon-Stewart’s second documentary about the opera industry. In 2020, during the COVID lockdowns, she made a documentary called Unsung, which delved into the challenges faced by singers as a result of the pandemic.

Speaking to Limelight, Gordon-Stewart says that she felt compelled to make Top Job after spending some time in Australia in March 2022.

“I was meeting with so many inspiring colleagues, and trying to gauge the cultural conversation around the two new Artistic Director appointments that were coming down the pipeline at that time at Opera Australia and Victorian Opera.” [Stuart Maunder was appointed as Victorian Opera’s new AD in July, taking over from Richard Mills in late 2023, while Opera Australia is expected to announce the name of its new AD in the next month or so].

“It had been three years since my last visit to Australia due to the pandemic, and those three years spent in the US were very formative for me politically. I came home to Australia after three years of watching and engaging in the US with women and people of colour in their fearless movements that championed an acknowledgement of the truth: that they were not equally represented, not afforded equal civil rights, and had not been heard when they had spoken about their experiences,” says Gordon-Stewart.

“I found that same energy in some of the conversations I had on that Australian trip, most notedly with some of the interviewees in the film: Deborah Cheetham, Ali McGregor and Caitlin Vincent. But the cultural momentum was not necessarily with them. They were all willing to lead, all had clear vision and oodles of experience, but there was no assumption on their behalf that this would translate to high-level opportunity.”

“’Wouldn’t it be nice if there was a woman at the helm?’ they said, but often followed it with a laugh or a, ‘Yeah… RIGHT!’ I knew that getting these women together on camera to share some of the thoughts they had shared with me privately would be a powerful thing; something that would be within my capabilities, that I could release via social media and that no one could stop from happening. So I started reaching out to those women, and built the project out from there.” 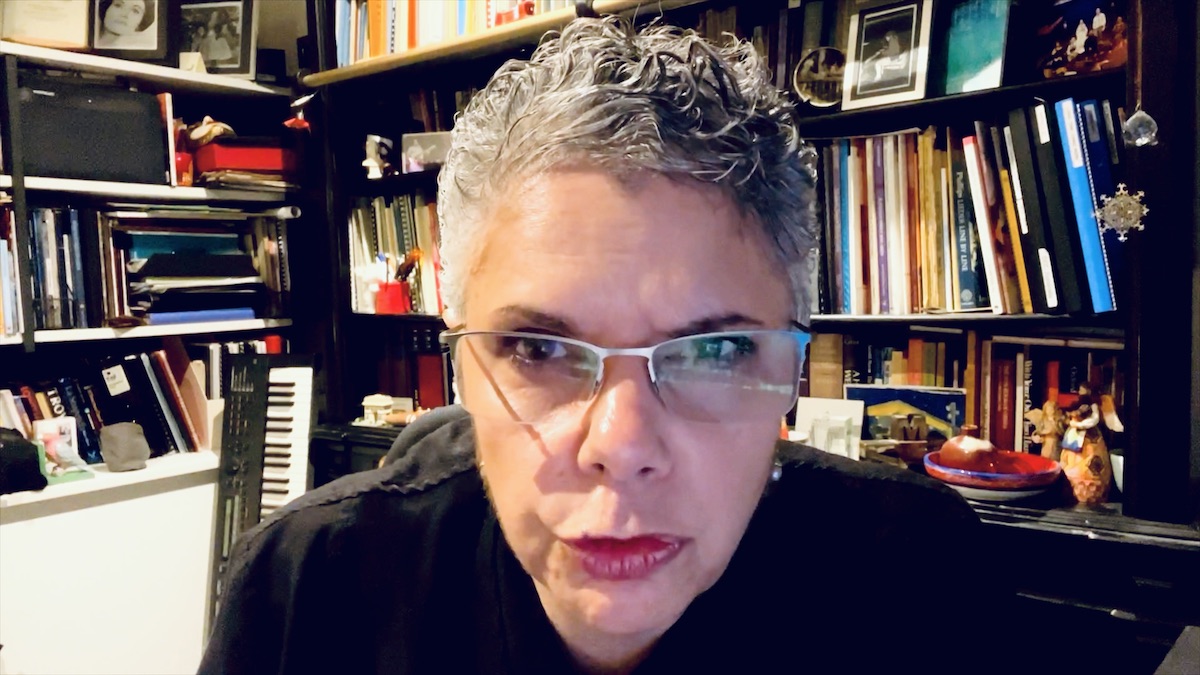 Deborah Cheetham in a still from the documentary Top Job.

The low representation of women in opera is something Gordon-Stewart has been aware of since the start of her career as a soprano, under the artistic leadership of Simone Young.

“Having a purely artistic relationship with her as a mentor, in which sexual politics did not play a role, was something that I experienced so rarely in subsequent years under male leadership,” she says.

“Casts of singers will usually be male-dominated (62 percent of opera roles are cast with men), as has been the case with creative teams and managements. A woman in a leadership position in that context – as a director or conductor – can make all the difference to the dynamic in the room.”

Hume makes a similar point in the documentary, saying, “When there are more women in the room, the tone is completely different [with] more emphasis on collaboration and a less competitive dynamic.”

Gordon-Stewart adds, “As a singer, I’ve looked up from the rehearsal room floor on so many occasions to see a long table of men discussing how I could more effectively respond at that moment in my character’s trajectory – including when my character was pregnant, had a child stolen from her, and had been raped. As women, when our lived history is not acknowledged, or we are overruled in that scenario… well, it is not only demeaning for the artist, it’s also inevitably detrimental to the art.”

“This dynamic is just as relevant in board rooms, and administrations in general. In an artform where 70 percent of the audience is women, why should majority male administrations be automatically assumed as the best arbiters of their audience’s needs?”

The comments of the six women she interviews in Top Job are articulate, thoughtful and bound to provoke debate.

Allan makes it clear that the under-representation of women at Opera Australia is something she is “looking at intently… because we have a massive gender inequality when it comes to creative leadership. When you look across our creative teams, our conductors, our directors, we are nowhere near equal, nowhere near it.”

“You need more women to support more women to employ more women, and you need allies in men, and some men are great allies to the cause of gender equity,” adds Allan. “It stunned me that the foremost arts company in this country would not have considered that [representation is] as important as it is, so it just needs a changeover in artistic leadership and someone who comes in who values it.”

Gordon-Stewart says that her goal in making Top Job is to prompt discussion.

“I wanted gender inequality in opera to be thought about, and talked about. Many who watch the film will relate to the experiences of the six featured women, and to others there may be some revelations. But when there are common themes in the experiences of women from diverse backgrounds, from different generations, and levels of experience, it is not an option to gaslight or to discount them. Julia Gillard said it best: ‘If you believe, as I do, that merit is equally distributed between the sexes, then any result that isn’t around half and half should be troubling.’”

Top Job can be viewed for free here.